The work takes inspiration from the early 20th century "Listening Ears", passive acoustic devices built around coastal towns in Kent, south-east England, between 1915 and 1930, to function as acoustic radar to detect approaching war planes. A technology that soon became obsolete.

The six sound mirrors placed in a circle create a whispering aural flux where subtle sounds of decaying rocks evoke lost soundscapes, caves of an old civilization, while creating a spatiality specific to viewer/listener interaction. Archeological relics triggering reflections, and the creation of a participatory zone.

The two musicians Geoff Leigh and Cristiana Vignatelli Bruni meet here for the first time to initiate an improvised music performance for flute, voice and electronics. A modern ritual in an imaginative cave, where the music reflects around the space through the austere and totemic circular devices. The public is invited to actively participate in the performance by interacting with the sound mirrors and discovering the subtle sonic reflections they create. Voices of a cavern where Eco and Pan are at play.

The performance lasts for approximately forty minutes; the installation will remain in place for the duration of the weekend; a looped recording will play continuously in the absence of the performers. 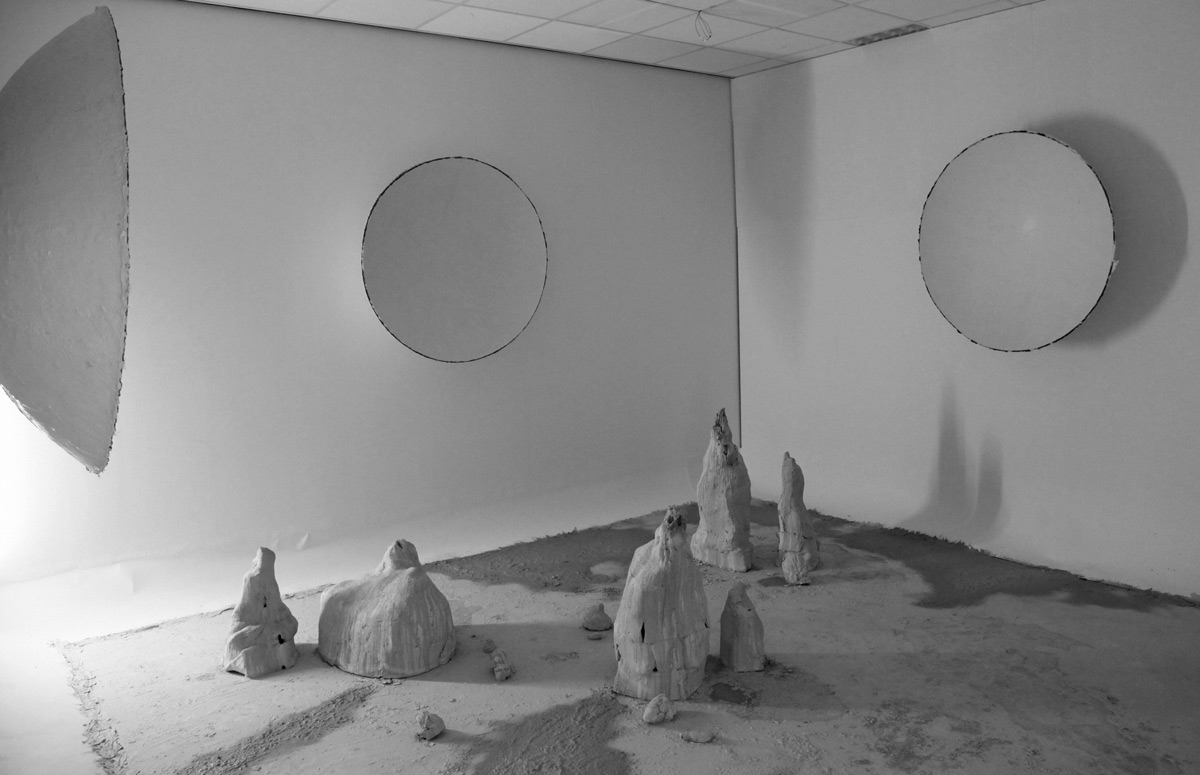