This work by Soviet pioneer Dziga Vertov is a celebrated cornerstone of early cinema. An experimental documentary essay which remains fascinating after all these years, the film shows scenes of city life in Moscow, Odessa and Kiev, described as an “experiment in cinematic communication of visible events”.

The title self-reflexively describes what is happening: we see the cameraman recording the images we are seeing; a man is shown with his camera tripod, rushing about, daringly hanging from trams to get his shot. But it is also the film’s subject: man and cinema. The combustion engine gave humanity the new experience of speed; now the movie camera gave us a dizzying new speed of perception and creation. 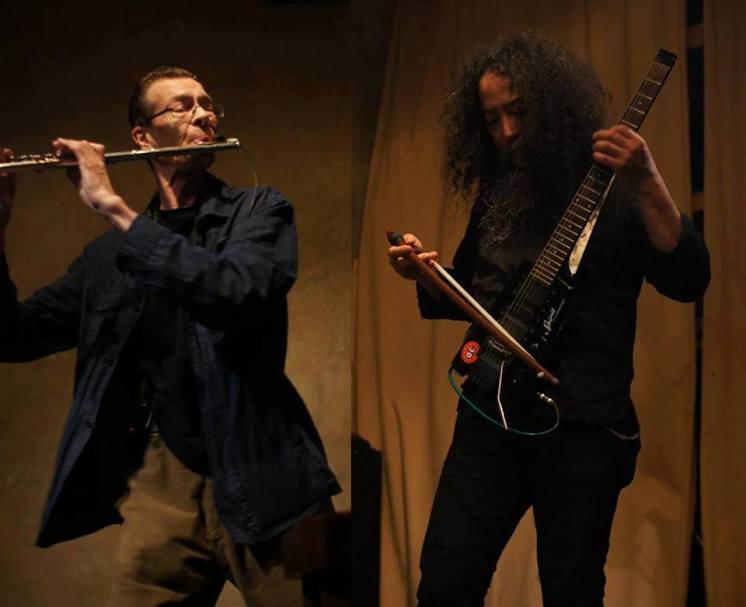 Makoto Kawabata (Japan) is a guitarist and multi-instrumentalist, and leader of the psychedelic rock band Acid Mothers Temple. While he's best known for his earsplitting, speed guru guitar heroics with AMT, he's also the founder of his own school of ecstatic guitar drone using bowing and glissando techniques. Kawabata first started releasing works for electronics and homemade instruments in 1978. Since then his activities have been almost too wideranging to grasp: he has formed multiple units, released a plenitude of albums on labels all over the world, toured extensively in Europe, the US and Asia. He has played together with psychedelic originators like Gong, Guru Guru, Silver Apples, Nik Turner, Damo Suzuki, Träd Gräs och Stenar, with Occitanian trad musicians from the south of France including Rosina de Peira, Marc Perrone, Andre Minvielle, Beatritz, and in innumerable other sessions spanning all genres.